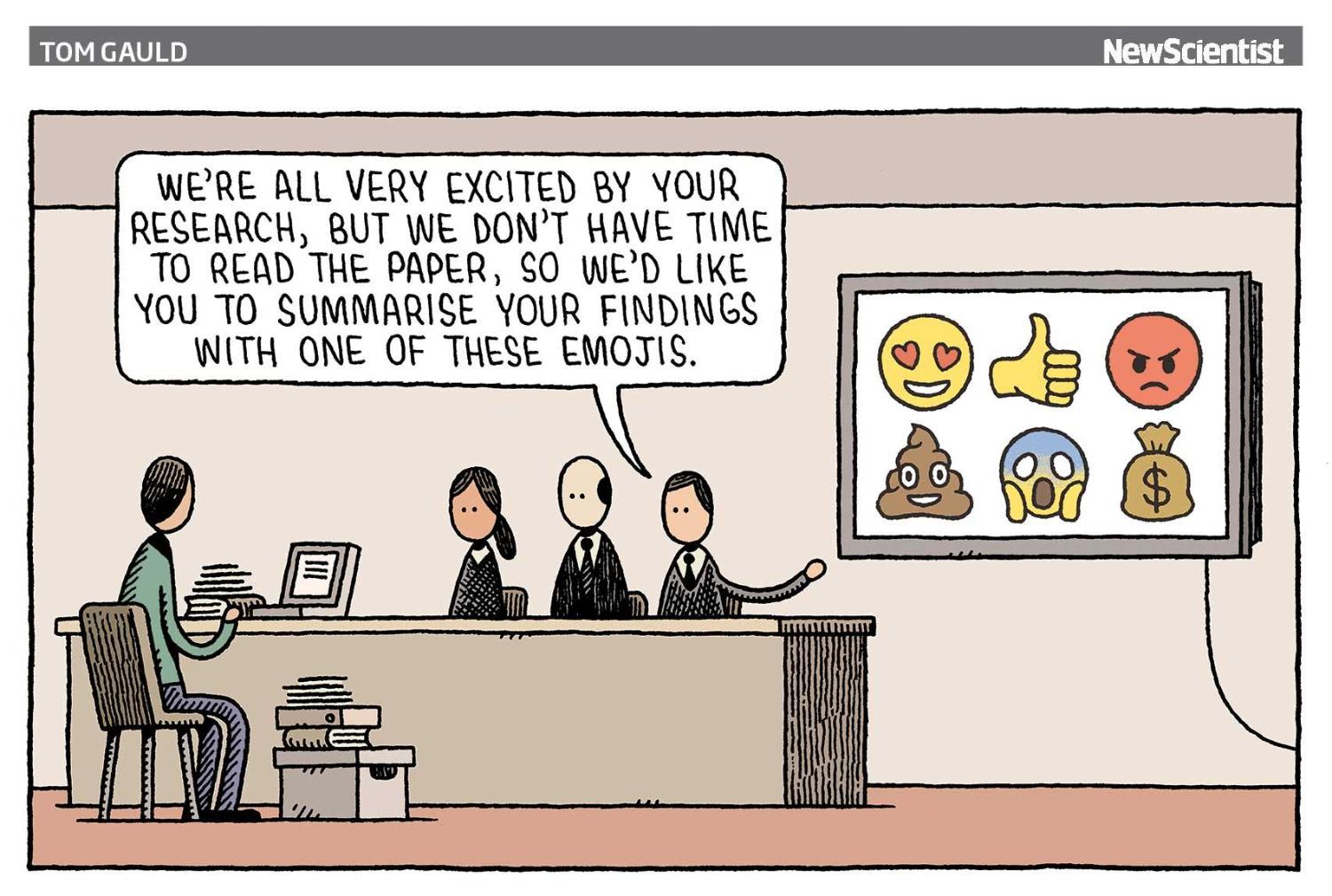 Project: Emoji is worth a thousand words!

To use Emojis to illustrate complexity, and discourse science together. The challenge is to use a “simple” language, to describe intricate concepts.

Reasons: Emojis are popular and universal

We want to use Emojis because of their ambivalence.
A symbol can be read in a very personal way, and at the same time, anyone who uses a symbol can also be deeply misunderstood. But symbols can also disambiguate a sentence, adding emotions or context.
Writing with a fresh, simple grammar that focuses more on concepts, this approach with emojis is essentially new, in particular for people from the west.
In addition to that, they're fun, colourful and most importantly “universal”, they can just as well theoretically be understood in France, Japan, the Congo and Mexico, all at the same time.

Goal: Emoji are for everyone, science can be too

The EmojinScience project aims to work in an educational way to boost this new visual communication tool to a higher cultural level. The objective is to change the paradigm that suggests that “hearts” and “smilies” cannot be used for scientific communication, and most of all to connect people and scientists worldwide.